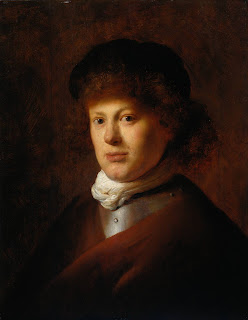 Although he seems somewhat forgotten nowadays, Jan Lievens (1607–1674) was a celebrated artist in his own time. Lievens was a child prodigy who grew up in Leiden, one of the leading trade cities in 17th-century Holland. His talents for drawing, print making and painting were already acknowledged by the important connoisseurs and patrons of his time when he was only a teenager. This strong appreciation eventually resulted in numerous important commissions from both within the Netherlands and abroad. Lievens left for England at the age of twenty-five, joining the court of Charles I. He later moved to Antwerp and ended his career in Amsterdam.
When he was young, Jan Lievens was closely befriended to Rembrandt van Rijn, who also grew up in Leiden and was only a year older. At first, Rembrandt seemed to be less promising and innovative than Lievens, but later on they would become severe rivals. The character of their relation remains uncertain, but it is assumed that they shared a studio and worked together. In any case, it’s clear that they had a strong mutual influence. For that reason, their works have often been attributed abusively to one another. Lievens and Rembrandt were both ambitious; they were interested in the same ‘modern’ artists (in particular Rubens and Caravaggio) and experimented with similar techniques.
One of those techniques, scratching details in wet paint to attain a more ‘vivid’ effect, is unmistakably present in Rembrandt’s curls in this touching portrait by Jan of his art brother. The painting was made only three years before their paths would part indefinitely, in search of greater fame. Rembrandt went to Amsterdam, Lievens left for London.
Geplaatst door Maarten Levendig op 8:31 AM No comments:

Pierre Cuypers: The building of the Rijksmsueum (1885) 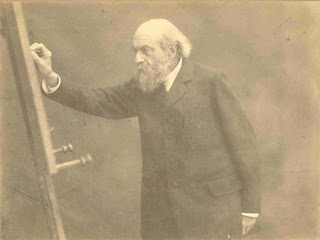 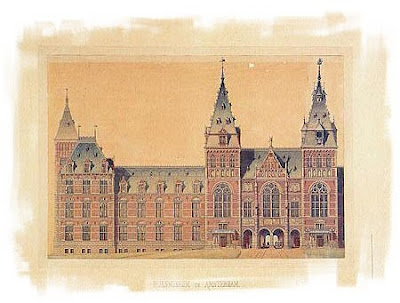 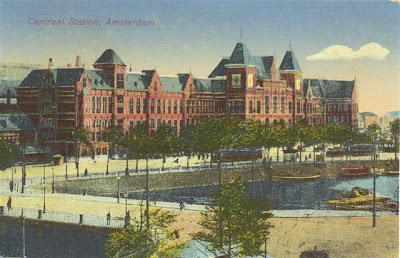 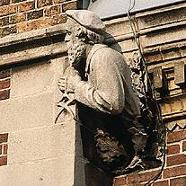 As you probably know, the main part of the Rijksmuseum building is being renovated and therefore, largely closed to the public for a long time. One of the goals of the restoration is to expose the original structure of the building, as designed by its architect Cuypers. In that light, I thought it might be interesting to take a look at the history of the Rijksmuseum and its creator: Pierre Cuypers.
In his own time, P.J.H. Cuypers (1827-1921) was known in the first place as the designer of numerous neo-Gothic churches. The neo-Gothic style was seen as an expression of the emancipation of the Catholic belief in our, officially Protestant, country, a movement in which Cuypers played a leading role. Therefore, it was not without controversy that he got the commission to design a museum to house the Dutch national collection: the Rijks (State) museum.
The idea was to depict the characteristics of the leading historical and artistic phases The Netherlands had gone through during the last centuries. Cuypers’ design showed a combination of Gothic and Renaissance elements, and mixed it with numerous other historic styles. The building itself, together with its sculptures, tile tableaus, decoration of the walls and ceilings and its stained glass windows, all contributed to commemorate the glorious Dutch past, in the form of a so-called Gesamtkunstwerk. Another superb design of his hand from the same period, Amsterdam’s Central Railway Station (1889), shows similar traits.
In spite of his eclectic design, Cuypers received harsh criticism from Protestant circles. They thought the Gothic (read: catholic) component was much too dominant, at the expense of that of the Dutch Renaissance, the style of the ‘Golden Age’ of the Republic. The disapproval was so strong that nota bene the Dutch king, William III, refused to open the new national museum on July 13, 1885, commenting he would ‘never set foot in that cloister’.
Geplaatst door Maarten Levendig op 9:20 AM No comments:

The reason for posting this festive painting is not only the carnival starting this weekend, but also a small, but fine exhibition in the Rijksmuseum, devoted the artist Pieter Aertsen (1508/1509 -1575). The exhibition, ‘Pieter Aertsen and the world turned on his head’, is meant as an honorable farewell to Wouter Kloek, curator of the Rijksmuseum since 1973. For more information on Aertsen, I refer to my earlier Facebook-posting on him on november 12th, 2009.
Egg dancing was a popular game during springtime festivities. The rules are a little too complicated to explain here,but the main goal was not to break the egg. The Egg Dance (1552) is packed with
suggestive symbols like the bagpipes (a well-known representation of the male genitalia), the onions in the window (a supposed Aphrodisiac) and the eggs on the floor (idem). The whole scene seems to take place in a brothel. Most likely, the painting was meant to teach the viewer certain moral lessons, but what strikes us, 21th century spectators, the most is the craftsmanship and flair whith which Aertsen depicted the whole scene.
Geplaatst door Maarten Levendig op 8:35 AM No comments: 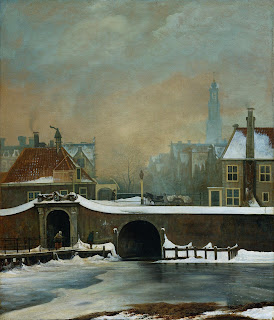 One of the lesser known artists in the Rijksmuseum is the Dutch painter Wouter van Troostwijk (1782-1810), who gave us this beautiful landscape of an icy and snowy Amsterdam. He died at 28 and only seven works of his hand are left. Van Troostwijk was not a fulltime professional: his ‘real’ job was being a caretaker in the Amsterdam Town Hall on Dam Square (which a few years later would transform into a Royal Palace, nowadays a well-known tourist attraction).
The special character of the painting lies in the strong, dark atmosphere it conveys to the spectator. It doesn’t only look like winter, it really feels like it. Another quality is the obvious delight with which Van Troostwijk painted all those, seemingly unimportant, details in his view of the city boundary, as seen from the outside. Take a look, for example, at the old lady near the Raampoortje (one of the city gates), the urinating man next to her, or at the beautiful way the snow is depicted.
Today, the location doesn’t look quite the same: the Singel canal and the Westerkerk tower in the background are still there, but the city walls were torn down in the 19th century and the Raampoortje, west entrance to the city, was demolished in 1846, less than forty years after Van Troostwijk painted it. Despite all this, the scene is still very recognizable, as people who were in Amsterdam during the last winter weeks may confirm.
Geplaatst door Maarten Levendig op 1:03 PM No comments: 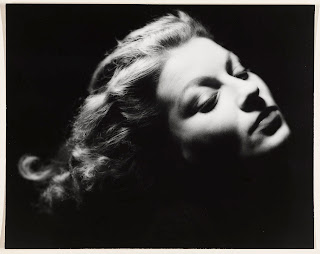 Most people are not aware that the Rijksmuseum has an impressive collection of photographs by both national and international artists. This portrait is made by Paul Huf, a Dutch photographer who lived from 1924 to 2002. He photographed the Dutch Queen Juliana, but also worked for Playboy, Grolsch and KLM. The Rijksmuseum owns 165 works made by Huf. When the museum reopens its main building, it will include more works from the 20th century. Huf’s photographs were purchased with this new concept in mind.
The portrait shown here is Tonny/Erna, made in 1942, the year Huf got his first camera. It’s in George Hurrell style, which is to say Hollywood glamour photography of that time. It is also reminiscent of Man Ray, which is not surprising: Huf’s teacher was one of Man Ray’s pupils.
Geplaatst door Maarten Levendig op 12:45 PM No comments: