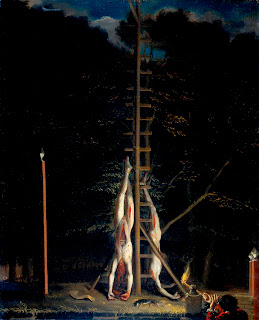 In last week’s post about The Threatened Swan by Jan Asselijn (if you missed it, please read it on our page), I concluded that Asselijn’s painting was later used to personify Johan de Witt.
De Witt held a key position in Dutch politics, being a kind of Prime Minister avant la lettre. In that role, he was repeatedly in conflict with the Orange faction, led by Prince William III of Orange (later King of England during the so-called Glorious Revolution), who felt menaced in his authority. When De Witt came to power, a collective aversion to monarchical power dominated among the Dutch people. But things changed in 1672, the ‘Disaster Year’, when the Dutch Republic was attacked by a large alliance of hostile countries. Popular feeling suddenly turned in favor of William III, and mistrust grew against Johann de Witt and his brother Cornelis.
The latter, who was also an influential political figure, got imprisoned in The Hague on false accusations of treason. On 20 August 1672, when Johan was visiting his brother in prison, the brothers were dragged out of the building and lynched outside by an angry mob. The rage seemed to be spontaneous, but was in fact well-organized and planned by Orangist militiamen. The frenzy was so immense that the De Witts were not just killed, but literally ripped apart by the inflamed mass. Body parts like heart and fingers were removed to be exposed as souvenirs, while other parts were roasted and eaten(!) by the hysterical crowd, in a bizarre outburst of cannibalism. Their corpses were eventually hung upside down on a scaffold nearby. The disgusting sight was captured in this dark painting, whose artist (attributed to Jan de Baen) seems to have witnessed the lynching and presents us his gruesome experience in this early form of visual journalism.

foren6chick said…
someone please tell me why there's a dead cat included in the killing?
February 4, 2018 at 12:10 PM 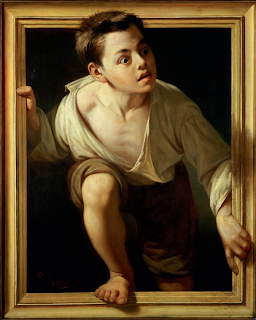